My publishing journey and how I became a published author

When I started writing my first novel, I had no previous experience in the field nor did I have any plans to publish. I started it out as an experiment to test whether I had the discipline and the skill to pen an entire novel. Before that, I only wrote essays, short stories, magazine and journal articles and such. I was, in no way, a novelist.

Anyway, that changed about a year and a half later, when the publishing bug bit me and drove me crazy until I published the book. But, becoming a published author is no child’s game. No one in my family had ever published a book before, so I had zero contacts and no clue about what to do or where to start. I didn’t even know anything about the process of publishing. The words literary agents and publishers made no sense to me back then!

So, how did I go from that to becoming a published author? A little book whisperer. Our most loyal as well as treacherous friend. Our very own Google! Yep, that’s what I did and that’s why I say that Google is our best friend. It turned me, a naïve, ignorant young girl who didn’t even know the basics of the publishing industry, to a published author. I started researching about ways to publish your manuscript online. The articles that I found the most helpful and informative were written by none other than the legendary Jane Friedman. I devoured her articles multiple times to finally get a grip on how everything worked.

After I had got a vague idea about the process of publishing a book, I started sending out query letters to some agents. Now, this absolutely needs to be mentioned. When it comes to writing formal/official letters, you can’t help but laugh at my skills. Till date. My formal letters are awful, probably the worst examples of formal letters in the history of the world. Anyways, I sent out two to three query letters and waited for the response.

I received my first response pretty quickly, within one month. Needless to say, it was a rejection. I didn’t receive a reply from the other two. Now, I’m a huge quitter. I tend to give up too easily, it’s one of my biggest flaws. So, the minute I received my first rejection, I became sure that my book was not worth it.That was when I tumbled upon the world of self-publishing. Before that, I didn’t even know what a kindle actually was. I had a vague idea, but no tangible information. And I didn’t even know you could self-publish paperbacks. I had this wrong notion that self-publishing was only for e-books.

All that changed when I befriended a self-published romance writer, Ms. Melanie Moreland. I stumbled upon her Amazon account quite fortuitously, and her books sounded so promising that I bought all three of them in a week. I didn’t know she had self-published, and this was before she became a bestselling author.

Anyway, thinking that Melanie had traditionally published her book, I sought her out and grilled (yes,GRILLED) her with questions regarding publishing. I remember, I used to message her at least thrice a day with a plethora of questions. First, we covered the editing, then the cover designing, then formatting and finally marketing. Melanie is the kindest and most down-to- earth person I’ve ever met in my life. Where anyone else would just have been plain annoyed with the influx of prying questions, she remained calm and patient and explained everything to me step by step, and re-explained in case I didn’t understand. With her immense help, I finally got versed in the publishing language.

Two other people, authors Deb Rotuno and Jenny Rarden, helped me out a lot with the process too. They shared tips and tricks and whatever they knew about self-publishing with me. Finally, in November 2016, I signed a contract with Notion Press to bring my debut novel to life. Months of rigorous editing, humming and hawing, choosing a perfect cover and tackling an overwhelming number of responsibilities ensued. Sometimes, I felt like pulling my hair out. My depression, volatility and lack of tenacity didn’t help matters either. But, credit is due to Notion Press for being there with me in every step of the rigmarole. I drove them nuts with my persistent nagging, but they still ploughed on to publish the book.

Finally, my debut, a contemporary romance entitled A Way Back Into Love, was released on 15 th February, 2017 on all major online retailers. Holding my first book in my hands is truly an exhilarating feeling. Let’s see what this new chapter of my life has in store for me. 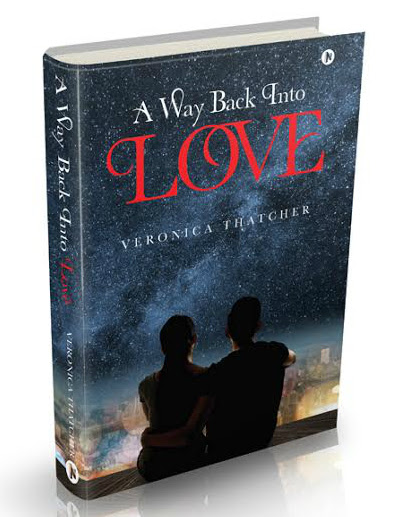 Title: A Way Back into Love

Nothing is perfect. Life is messy. Relationships are complex. Outcomes, uncertain. People, irrational. But love…well, that makes everything complicated. And when you are caught in a tangled web of secrets, lies, and complex affairs, someone is bound to get burned. Emily Stevens is a spunky, spirited college girl whose life gets turned upside-down when she realizes she’s in love with her best friend of fifteen years, Derek Thorpe. As Emily prepares to confess her feelings to Derek, something happens one night which changes her life forever. Five years later, Emily finds herself in Boston, alone and heartbroken. Will she ever be able to forget the past? And what will she find when she returns home…to the man she left behind?

Veronica Thatcher is an exciting new contemporary romance author. Ever since she was very young, she’s dreamed of becoming a doctor when she grew up. While still forging ahead with that, majoring in pre-med in college, she unwittingly stumbled upon a new dream—becoming a published author. Some may call her an introvert or a wallflower, but she has always found she could express herself better in written, rather than spoken, words. However, never in her wildest dreams had she envisioned she would pursue writing as a prospective career, not just a hobby. Her love for writing goes hand-in- hand with her love for a good romance novel—whether it be a feel-good, sweet romance or a dark,suspenseful one. When she’s not studying, reading, or writing, she is usually found blasting her favourite songs, sometimes singing and dancing along to them. She dabbles in a number of activities, including painting, karate, singing and dancing. She is a huge chocoholic – probably the biggest – and she is an ice-cream junkie too. She considers herself technologically handicapped forever and has no shame in admitting that. She also deems chocolates her boyfriend, Patrick Dempsey the love of her life, and Friends her life! Her first book, A Way Back Into Love, is slated for release in February 2017, and she hopes readers will enjoy it as much as she enjoyed writing it. You can reach Veronica through Facebook, Twitter, Goodreads, Wattpad and Gmail.

Emily stepped back from him and shook her head. “Oh, you know damn well what I mean.

You know what, Derek? I’m done having this conversation with you. I’m so done with this

conversation and I’m so done with you,” Emily spat out angrily before brushing past him.

“Emily, wait,” Derek said, catching her by her arm. “Where are you going?”

arm. “Leave my arm,” she said in a low yet threatening voice, “And why do you care where

I’m going? It’s none of your business.”

Derek didn’t leave her arm in spite of her warning and said, “Em, you’ve had too many

drinks. You can’t drive in this condition. I’ll drop you home.”

Emily jerked her arm free from his grasp and replied in a bitter voice, “Thank you, but no.

I’m perfectly capable of getting myself home on my own. I don’t need you to drop me home.

Do you get it, Derek Thorpe? I DON’T NEED YOU!” Emily yelled the last words, causing a

few people to look their way. 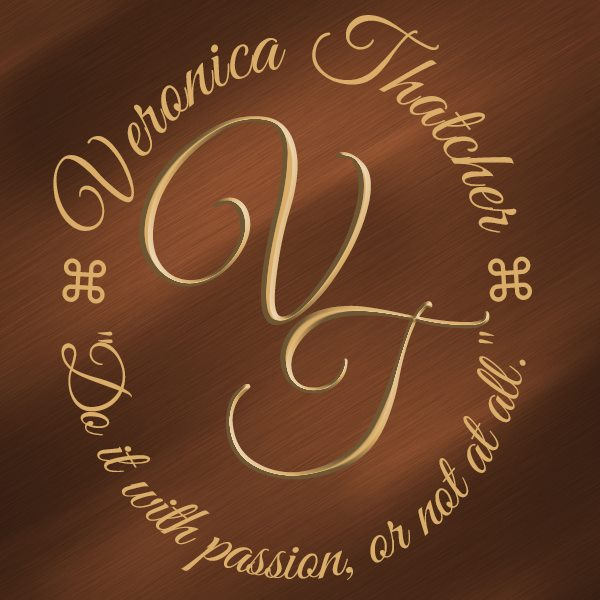