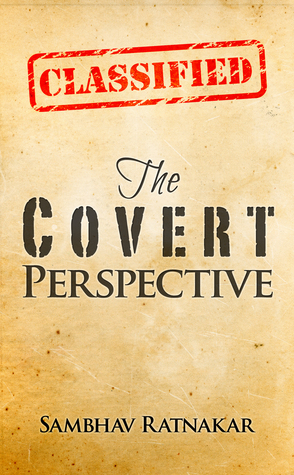 An unexceptional teenager, Amit Joshi discovers a confounding secret his grandfather once held. In a few hours, his life changes completely; he now has to steal the most mysterious puzzle piece in Indian history.

A new subject has been added at the top of the ‘Intelligence Bureau’s’ surveillance list.
The suspect is a 15 year old.

First of all a huge thanks to the author for sharing me a copy of his work to read and review.

The book felt like an ambitious project that eventually decided to let go of its limits and ended up being an overly ambitious work. To begin with, I think it was a brilliant concept to adopt for a book and the way the author decided to treat it was impressive enough.

The story is fair but I think in its execution things went a little too dramatic and fictionalized that many things in the book seems a bit hard to digest and things were clearly running out of its patience to properly set in. Things unfold really fast and even before the foreplay is properly set in, you feel like being caught up in the heat of the plot which is a very vulnerable point for the book

From the onset it is clear that the author wants to wrap things at the best and at the earliest and to achieve that required backgrounds are blur and characters are even more blurry including the central character. One of the strangest thing that I noticed was that the book fluctuated between first person narration and third person without any warning and almost abruptly. It feels that the book tries to create bigger hype out of simple instances

Author is very articulate and intense with details but not of the essential onse like in a given scene he would focus on nature and other entities through words but the actual event gets lightly brushed off.

But in spite of all that I would still say that the book is a light read and you have to consider the fact that the author is a kid and he has come up with a work that can definitely compete with any modern day writers with the flow and language quality but yes the problems I mentioned above all are akin to every new authors and what they do with their first project. They all rush towards completing the story and getting it out there and lack the patience to actually process and analyze it at a snail pace.

One thought on “Book Review: The Covert Perspective by Sambhav Ratnakar”